May 28, 2021 | When Leslie Valdivia and Joanna Rosario-Rocha started Vive Cosmetics, the beauty industry was overdue for change. What has grown into an acclaimed national brand with a wide range of lip products began as a problem the pair knew they could solve: the need for authentic representation of the diverse Latina and Latinx communities that constitute the make-up industry’s largest consumer demographic. Now, as their influence grows, the founders are using a loan from California Capital’s Lending Center to expand their reach and continue effecting change.

Leslie and Joanna met through their partners—now husbands—, who have been friends since high school. The two became friends, but did not have designs to enter into business together—until  2016, 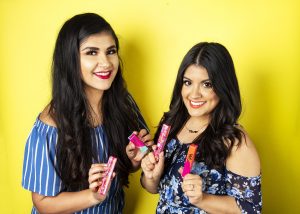 “There was a lot of energy around creating digital content and being online at that time,” says Leslie, who was working in social media and attended the conference every year. “There was innovation happening, and Joanna was interested in learning more.”

During a session where entrepreneurs pitched their business ideas, the pair shared an “aha moment”. Participants framed their businesses as solutions to problems they had yet to see anyone tackle, and one entrepreneur in particular stood out. She preferred to dress conservatively because of her religious faith, and was frustrated by the lack of options that were both cute and modest.

“At one point she said, ‘Why should I have to compromise?’,” explains Leslie. “That’s when it clicked. Joanna and I looked at each other and said, ‘We have to do something’.”

A NEED FOR BEAUTY CON CULTURA

They immediately began to brainstorm around their shared passions, and quickly landed on make-up: Leslie has been a beauty enthusiast since middle school, and Joanna even had a make-up tutorial channel during the early days of YouTube. 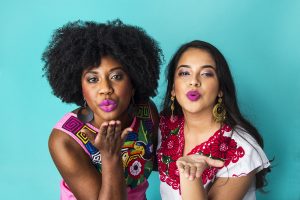 From there, a vexing question naturally presented itself: Latinx beauty shoppers outspend other demographic groups by nearly 30%, so why was it so difficult to find Latinx representation in the industry? Why aren’t their cultures celebrated authentically?

What Joanna and Leslie saw the more they researched the industry they had supported for so long was a system that relied on stereotypical and narrow depictions of Latinas to make a profit, ignoring the differences in ethnicity, skintone, gender, and shape that exist amongst Latinx beauty aficionados. What’s more, they struggled to find cosmetic or beauty brands that were founded, owned, or operated by Latinx entrepreneurs. It was clear that the industry could do better—Leslie and Joanna were no longer willing to compromise. They would create a brand to speak to and represent the Latinx beauty community as a whole.

VIVE COSMETICS: A LABOR OF LOVE

Joanna and Leslie got to work quickly, researching all elements of what it takes to develop, produce, and sell high quality beauty products. They worked with a California Capital Women’s Business Center Business Counselor to develop a business plan, all while maintaining their full time jobs.

Initially, the learning curve was steep. Neither founder had a background in beauty, retail, or even e-commerce—they were starting from scratch in a $62 billion industry.

“The biggest challenge was finding a manufacturer,” says Leslie. “It’s extremely difficult for small brands to even get a response most of the time, because so much is based on having the right contacts to get traction.”

Eventually, they connected with a manufacturer from New York, and continued to leverage resources 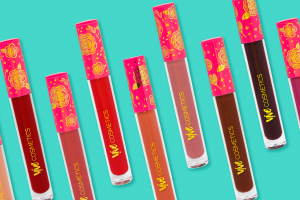 for business development available in the Sacramento community. They put their business plan into action, and received a start-up loan from the U.S. Small Business Administration via Opening Doors, a Sacramento-based nonprofit. With their first line of product ready, Vive Cosmetics was officially launched in 2017.

BUSINESS AND COMMUNITY: GROWING TOGETHER

Vive Cosmetics launched as an e-Commerce shop with a website and social media presence to live up to its mission of beauty con cultura—and beauty shoppers responded. To this day, the company has not invested in paid advertising or public relations campaigns, but their Instagram profile has grown to have over 40,000 followers—and was even highlighted by Congresswoman Alexandria Ocasio-Cortez last fall. As a result of this organic online success, Vive Cosmetics has been featured in Teen Vogue, The Huffington Post, and “O” The Oprah Magazine, among other national publications.

“We are built for community, by community,” Leslie explains, reflecting the role that social media, and Instagram in particular, has played for them over the past four years. “The way folks have responded to 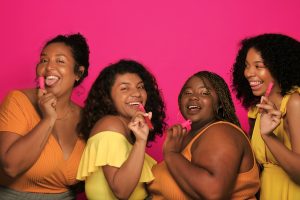 what we’ve offered has made us realize that it’s going to work. We’re doing the right thing.”

Vive Cosmetic’s digital presence, which now includes growing YouTube and TikTok profiles, has become central to the brand’s existential project of honoring Latinx communities and building equity in the beauty industry. Followers and online shoppers are able to see lip products modeled by Latinx talent that represents a range of skin tones, body types, and ethnicities, and browse lines that are “created with inclusivity in mind” . Moreover, they are invited to participate in the process of inclusivity.

“We find so many of the models, photographers, and creative directors we work with through Instagram,” Leslie says. “We’ll put a call out to our community when we’re working on a campaign and need talent, and we will get hundreds of people tagging their friends or reaching out themselves.” That’s one way, says Leslie, that Vive is working to increase opportunities for BIPOC beauty professionals on all sides of the industry. “Representation does not just mean on camera or in campaigns.”

Thanks to their quick success since the 2017 launch, Leslie and Joanna were able to pay off the start-up loan. Now, their ever-increasing fan base is eager for new products. But the nature of product-based businesses means that new offerings must be formulated and developed before they can be 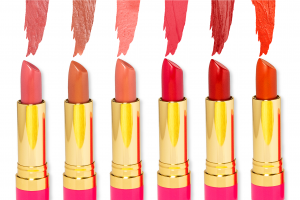 sold, so any hopes for expansion would require a good deal of up-front investment. Still, explains Leslie, innovation is crucial.

“Looking at our metrics, we understand that when we launch new products, our customers come back,” she says. “We need to do new things. That will in turn help us grow our revenue and expand the company.”

Luckily, they had stayed in touch with California Capital, often having their Business Counselor review their applications for grants or pitch competitions—so they knew where to look when the company was ready for a larger capital infusion. They worked with California Capital’s Lending Center to apply for a sizable loan, and were approved for the full amount in February of 2021.

“It was a thorough and intense process, which is understandable given the amount we were applying for,” Leslie explains. “We had to create financial projections for the next three years, which was tough in the middle of a pandemic. But when we applied, our sales were growing, so we were confident that it was the right time.”

Now, with capital to work with and a clear picture of their financial goals, the founders are busy expanding and planning for the future. Leslie now works for the company full-time, and they are working with a product development consultant who is providing valuable guidance as they create new products and reformulate some of their traditional offerings. They have already launched a new line of tinted lip balms, and collaborated with Brujita Skincare, a Latina-owned skincare company out of Los Angeles, to create a Rosewood Hibiscus Facial Mist.

As they seek to continue innovating their products to meet the changing needs of customers—including a foray into product lines beyond lipstick, and revamping their packaging to make it more sustainable—, synergy with other Latinx beauty companies will remain a priority. Since 2017, they have seen a shift in how many Latinx-owned companies are around, and that has come with different types of representation and different stories being told.

As they seek to uplift the Latinx community as a whole, the focus will be on collaboration rather than competition—staying true to their passion for beauty con cultura.