September 16, 2021 | Yesterday morning marked two significant achievements for the California Capital Women’s Business Center (WBC). During the annual meeting of the Association of Women’s Business Centers, Sophia Kanaan, Director of California Capital’s WBC, was inducted into the association’s Board of Directors, and Charles Thomas was announced as the winner of the Advisor of the Year award. 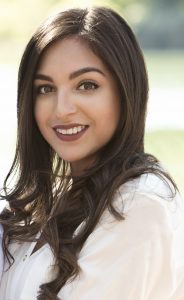 Sophia holds a Masters in Public Policy from McGeorge School of Law.

The Association of Women’s Business Centers (AWBC) is the leading non-profit that sustains the national network of Women’sBusiness Centers, bringing together more than 100 WBCs across the country. As a newly inaugurated board member, Sophia joins not only the largest, but the most diverse Board of Directors in the organization’s history. This new position will allow Sophia to build on her passion for connecting small businesses and entrepreneurs with the resources and mentorship crucial to their success, and to take her leadership to the national level. 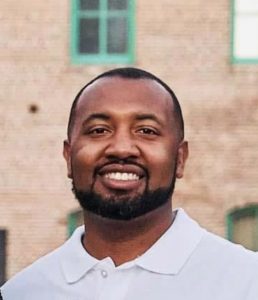 Charles Thomas began working at California Capital in February of 2015.

Charles Thomas was named as the 2021 Advisor of the Year for his years of work helping hundreds of entrepreneurs and small businesses at various levels of maturity to achieve and surpass their goals. In her nomination statement, Sophia Kanaan noted that Charles’s determined service to his clients is grounded in his philosophy of the Three Ps: positivity, purposeful action, and paying it forward. Charles first began peer-to-peer mentorship as a teenager, volunteering as a peer counselor for elementary and middle school students in under-resourced communities, and has maintained his mission to uplift individuals from all walks of life. Eight other highly impactful business advisors were nominated from across the country, which speaks to the depth of expertise represented in the organizations that comprise the AWBC.

“The accolades received, as well as our accomplishments and commitment to small businesses are a testament to our WBC Director, Sophia Kanaan and her leadership,” says Deborah Lowe Muramoto, President and CEO of California Capital. “We just celebrated her sixth anniversary with California Capital, and I am so proud to congratulate her.”

“And, a very well deserved congratulations to Charles Thomas, our WBC Business Counselor,” Deborah continues.  “Thank you Charles for your true commitment to helping small businesses turn their dream of business ownership into a reality.”

These achievements are a testament to the commitment that the California Capital WBC team makes on a daily basis to continue providing excellent guidance and service to California’s ambitious and hard-working small business community.